Mature Hairline vs Receding: How to Tell the Difference

It can be difficult to distinguish between a mature hairline and a receding hairline. After all, hairline changes are a natural part of the aging process. What key characteristics separate hairline maturation from outright recession? This investigative post will explain 1) How to identify a mature hairline, 2) The key characteristics of mature and receding hairlines, and 3) How to prevent—and even reverse—further recession. 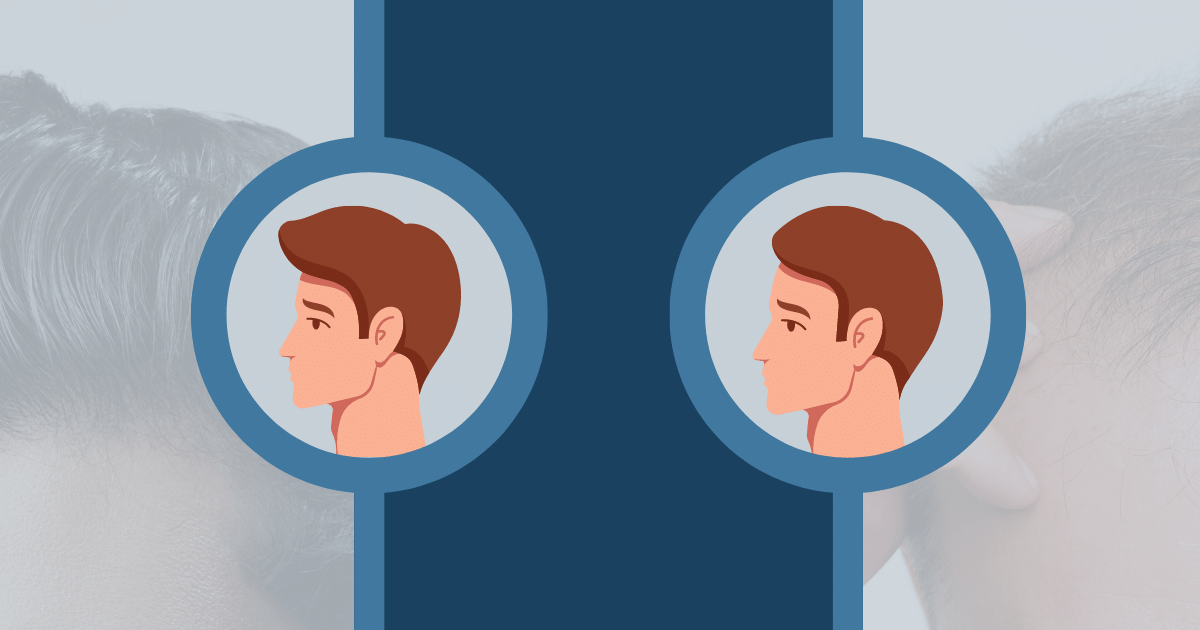 To some extent, every hairline is unique. But there are identifiable hairline patterns, primarily based on age, gender and genetics. As men age, their hairline will typically recede a bit, known as ‘maturing.’ While this can understandably make men nervous, it’s not always a sign of male pattern balding. In this post, we’ll review the following:

What is a Mature Hairline? 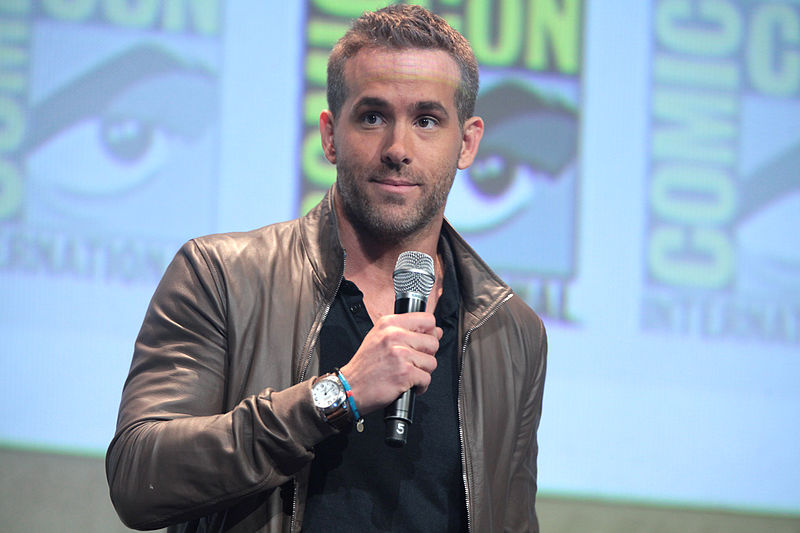 The hairline is the boundary between hair follicles and the forehead. Everyone’s hairline is unique, although there are some patterns that occur throughout our lives.

According to observational studies, prepubescent men and women both experience concave shaped hairlines. This generally concave hairline is similar across all races and ethnicities. Around the age of 10, a small percentage of children develop a widow’s peak, but this is not an effect of recession at the temples.[1]https://www.researchgate.net/publication/256479799_Phenotype_of_Normal_Hairline_Maturation 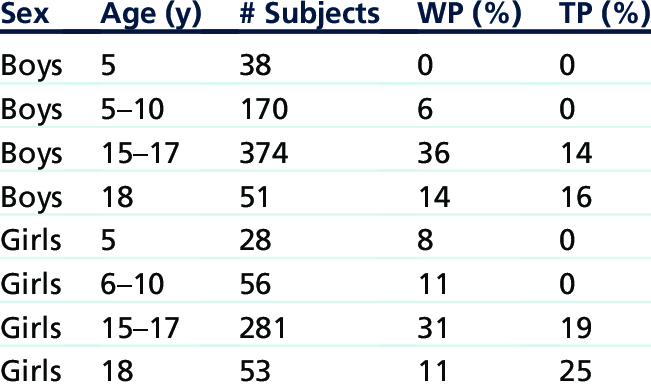 As young teens, when hair is fullest, there’s typically a stark boundary between the hair on the head and the forehead. In men especially, this changes with age. It’s believed that hormonal changes trigger the expression of certain genes, causing men’s hairlines to mature between mid-adolescence and middle-age. This maturation means the hairline shifts a few centimeters further back on the forehead.

This shift may take place uniformly, following the rounded shape of the juvenile hairline, or may be more noticeable at the temples, resulting in a hairline that looks more like a letter M. There appears to be a relationship between the muscles of the forehead, the frontalis muscle, and the height of the hairline. Most adults with high mature hairlines have presented with high foreheads their entire lives. The varying degrees of normal hairline maturation can be seen in the image below.

As hairlines mature with age, some men hardly notice this change, as it occurs slowly over a period of 10 years or more. In others, this change happens more rapidly, causing concern.

Regardless of when or how quickly it happens, what characterizes a mature hairline is that the recession is limited to just a few centimeters, and then it stops. The hairline does not continue to recede, and remains well-defined, with little to no hair thinning.

A maturing hairline is a natural part of aging, and not indicative of androgenic alopecia (AGA), otherwise known as male pattern baldness.

At What Age Does Mature Hairline Stop?

If and when a juvenile hairline begins to recede, the most commonly asked question is – when does it typically stop?

To answer this, we begin with an understanding of receding hairlines.

Take the guesswork out of growing hair.

Bypass years of trial and error. Get a personalized Regrowth Roadmap tailored to your hair loss type and treatment preferences. And leverage our support to implement it effectively.

What is a Receding Hairline?

A receding hairline is among the earliest signs of androgenic alopecia. AGA often follows a predictable pattern. This pattern begins with a receding hairline, which is especially noticeable at the temples. Simultaneously or sequentially, hair then disappears from the crown of the head. Eventually, complete baldness occurs as the hairline recedes far enough back, and/or baldness from the crown of the head meets the hairline.

The Norwood-Hamilton scale is used by dermatologists to assess progression of AGA. By stage 2, minor recession of the hairline exists, although it’s barely differentiated from a maturing hairline.  By stage 3, the hairline has receded much further at the temples, characteristic of androgenic alopecia. 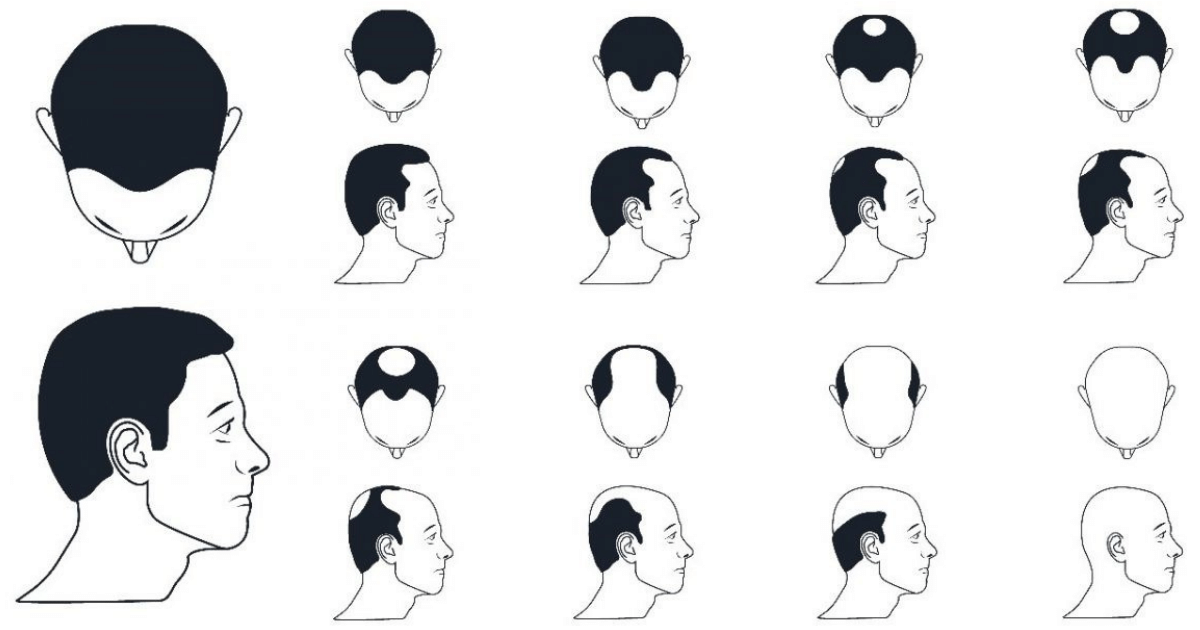 What Causes a Receding Hairline?

Hair shedding is a common part of the normal hair growth cycle. Most people lose somewhere between 50-100 hairs each day, which typically goes unnoticed. When hair loss is localized to the front of the scalp and regrowth does not occur, the hairline recedes.

Age, genetics, gender, hormones, or how you care for and style your hair can all contribute to a receding hairline.

Age: While AGA can occur in children, it’s very rare. Most of the hairline changes that occur with age are not reflective of AGA, until after the age of 17. As we age, the chances of developing a receding hairline increase. Androgenic alopecia is more common in those who are middle-aged or older.

Genetics: Research suggests that there is no single gene involved in AGA. Rather, pattern hair loss is likely a polygenic disorder, meaning there are many gene variances that are involved in the predisposition of its development. Exactly which genes are responsible is still unknown, although a family history of androgenic alopecia is still its single greatest predictor.

Hormones: While the hormone dihydrotestosterone (DHT), is responsible for growth of hair on the body, this testosterone derivative also contributes to hair follicle miniaturization, and ultimately, hair loss. Although it’s unknown why AGA forms the pattern it does, the answer might have to do with androgen receptor density and 5α-reductase activity at the hairline.

Lifestyle: The onset of a receding hairline may be accelerated from certain forms of stress, medications, scalp environment, and/or hair styling — such as pulling hair too tight. Hair loss may arise from hormonal conditions unrelated to DHT, such as hypothyroidism or hyperthyroidism. Gut dysbiosis, heavy metal toxicity, and vitamin deficiency can all contribute to hair loss.

Unlike maturing hairlines, receding hairlines are not part of the normal aging process, but a sign of androgenic alopecia, another form of hair loss, or both.

Shape of Hair Loss: A receding hairline tends to move more towards an M-shape, with hair loss at the temples far more pronounced. A mature hairline, on the other hand, will move back more evenly.

Extent of Hair Loss: As the hairline matures, it may move back 1-2 centimeters. With a receding hairline, this shift can be 1 inch or more.

Thinning of Hair: As a hairline matures, hair maintains its original thickness. Receding hairlines, on the other hand, are accompanied by hair thinning.

A receding hairline is characteristic of androgenic alopecia, but it’s possible to have more than one type of hair loss, especially if the hairline is receding and hair is thinning or balding in other areas.

In the shower, when washing your hair, take all the hairs you shed onto your hands and stick them to the wall using the steam from the shower.

A doctor or dermatologist can help identify exactly which type of hair loss is present. This is important, for treatment protocols will vary depending on the cause of hair loss.

How to Prevent Further Receding

There isn’t one single solution for hair loss, which makes diagnosing the cause and type of hair loss important. But in general, a comprehensive solution will address the following:

Of course, no treatment is always an option. Many choose to change hair styles in an effort to hide a receding hairline, or are comfortable living with it as is. If choosing treatment, factors to consider include how much time and money to invest on hair regrowth, tolerance for side-effects, and personal preference.

A few possible interventions are listed below (and not in order of importance or clinical efficacy).

Massaging: Massaging the scalp for 15 minutes, twice daily has the ability to activate the body’s innate healing responses, and reduce scalp tension. Our own study showed that 75% of people who massaged consistently for 8 months reported a stop or partial reversal in their hair thinning.[2]https://link.springer.com/article/10.1007/s13555-019-0281-6

Shampoos: Ketoconazole shampoo is not actually FDA-approved for pattern hair loss, but is a popular treatment for the condition nonetheless. It’s not yet very well studied, but may work well in combination with other therapies.

Natural Topicals: Jojoba, castor, rosemary, peppermint, and saw palmetto extract are just a few of the natural essential oils that have been marketed for hair regrowth. There are a few small studies showing that natural topicals may improve certain hair loss disorders.

Microneedling: Microneedling the scalp to treat hair loss is typically done biweekly. Microneedling evokes very low levels of inflammation which evoke a healing response from the body. Studies show microneedling can be successful when done alone, or when performed alongside other therapies. [3]https://www.tandfonline.com/doi/abs/10.1080/14764172.2017.1376094?journalCode=ijcl20

Low-Level Laser Therapy: Low-level laser therapy (LLLT) is perhaps the most popular non-drug hair loss treatment and has FDA-clearance as a hair loss treatment for both men and women. The expensive and time consuming treatment does improve hair count for those with AGA.

Medications: Minoxidil and Finasteride are the only 2 FDA-approved medications for hair loss. Each treats AGA either orally or topically. While these medications have been proven effective to treat hair loss, they’re not for everyone. Both lead to side effects in some people, and generally require life-long use.

Botox: Botox is a neuromodulator which relaxes muscles and may also reduce certain inflammatory signaling proteins. Over the last decade, a few studies have been published measuring the hair-promoting effects of Botox on men with AGA.

Platelet-Rich-Plasma Therapy: Platelet-rich plasma therapy (PRP) is offered by thousands of dermatologists as a natural intervention for all types of hair loss. It is effective for androgenic alopecia and alopecia areata, but also expensive and ongoing  injections are required to maintain results.

Stem Cell Therapy: Stem cell therapy is an expensive; relatively new therapy that is still under investigation. It’s also not a one-and-done treatment and requires multiple appointments. Early findings seem to suggest that 90% of subjects respond to stem cell therapy. And for AGA subjects, increases in hair count seem to hover around 20-30%.[4]https://pubmed.ncbi.nlm.nih.gov/31111157/

Effective treatment protocols often include some combination of the above. For example, studies suggest microneedling + minoxidil + finasteride, offers a response rate of 80-90% – with hair count increases ranging from 25-40% within 6-24 months.

As a man’s hairline matures, it will recede slightly from its juvenile position. This can be alarming, but it’s not always an early sign of male pattern baldness.

A receding hairline differs from a maturing hairline in that it may recede at a much faster pace, recede further back, and will recede more at the temples than in the center, resulting in an M-shaped hairline.

A receding hairline is characteristic of androgenic alopecia, but could be related to other types of hair loss too, especially if hair is thinning or balding in other areas.

Diagnosing a receding (vs maturing) hairline allows treatment to begin before baldness further progresses. Treatment options which have been proven effective include massaging, microneedling and medications. Efficacy improves when these methods are combined.

1 thought on “Mature Hairline vs Receding: How to Tell the Difference”