Minoxidil is one of the most widely used hair loss products on the market. And yet, so much about this growth activating "pro-drug" remains unknown. Despite its FDA approval, results are not guaranteed. In fact, around 50% of hair loss sufferers are non-responders. Recent research suggests that the divide in regrowth numbers may be connected to an enzyme within the hair follicle. In this article, we'll explore the role of the enzyme in activating the drug and uncover three proven ways to improve results with Minoxidil.
Categories: Topicals, Uncategorized

Why is that? In other words, why do 50% of people seem to respond favorably to minoxidil, while the remaining 50% see little-to-no benefit?

Research suggests this split in regrowth might be tied to an enzyme in the hair follicle called sulfotransferase.

Minoxidil is a pro-drug, meaning it has to be activated before it can exert its effects. Sulfotransferase plays an irreplaceable role in this because it turns minoxidil (its pro-drug form) into minoxidil sulfate (its active form).

This enzyme is also found in the liver. When oral minoxidil is ingested, it passes through these sulfotransferase enzymes, where it’s then distributed to the hair follicles throughout the body.

When Can Responders Expect to See Visible Regrowth from Minoxidil?

First, let’s talk about the event horizon for Minoxidil. With Minoxidil, results can be expected a little faster than Finasteride, so typically shedding is experienced between two and four months, but then re-growth is usually cosmetically perceptible around the one month to six-month mark. This makes sense, as Minoxidil acts more like a stimulant, or growth agonist.

Minoxidil turns more hairs on; it doesn’t necessarily target miniaturization. So Minoxidil doesn’t have as dramatic of an impact on reversing hair miniaturization and thereby improving hair thickness, but it can help to create a denser, fuller head of hair.

For those looking to reverse hair thinning, here are three ways to enhance the effectiveness of minoxidil treatment. 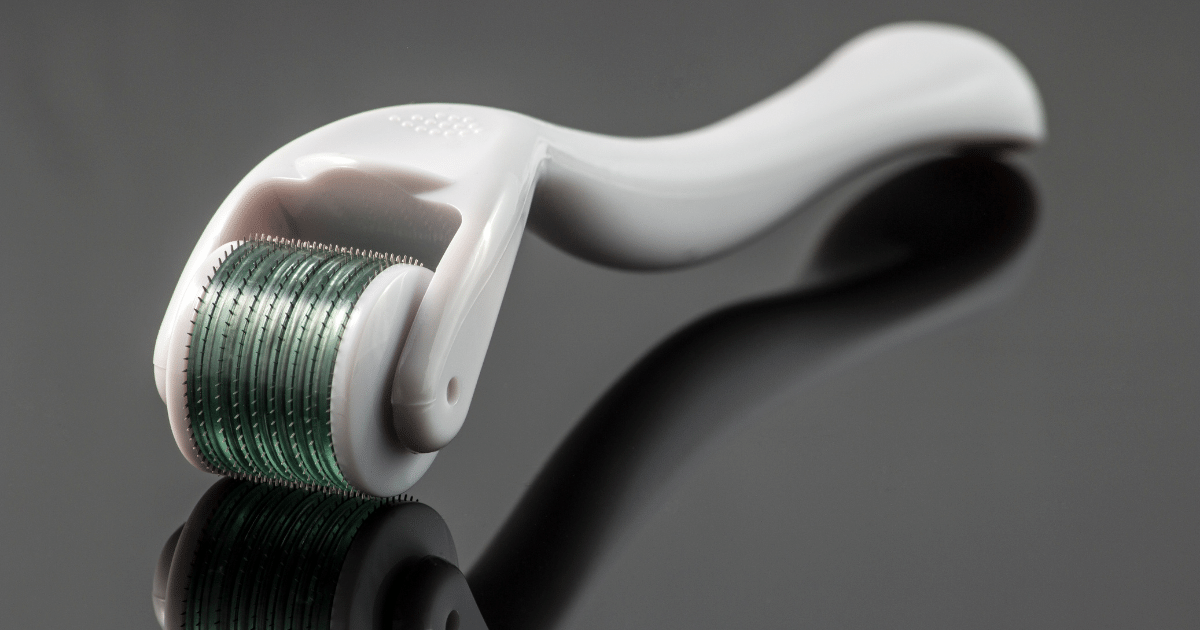 One of the easiest ways to enhance the efficacy of minoxidil is through acute wound generation, which is best administered through microneedling and massage.

Microneedling elicits growth factors, signaling proteins and enzymatic activity of sulfotransferase. Microneedling may also increase topical absorption and potentially even attenuate scarring – all of which pair well with minoxidil use.

Researchers started testing minoxidil + microneedling as a combination treatment back in 2013 – with incredible results. 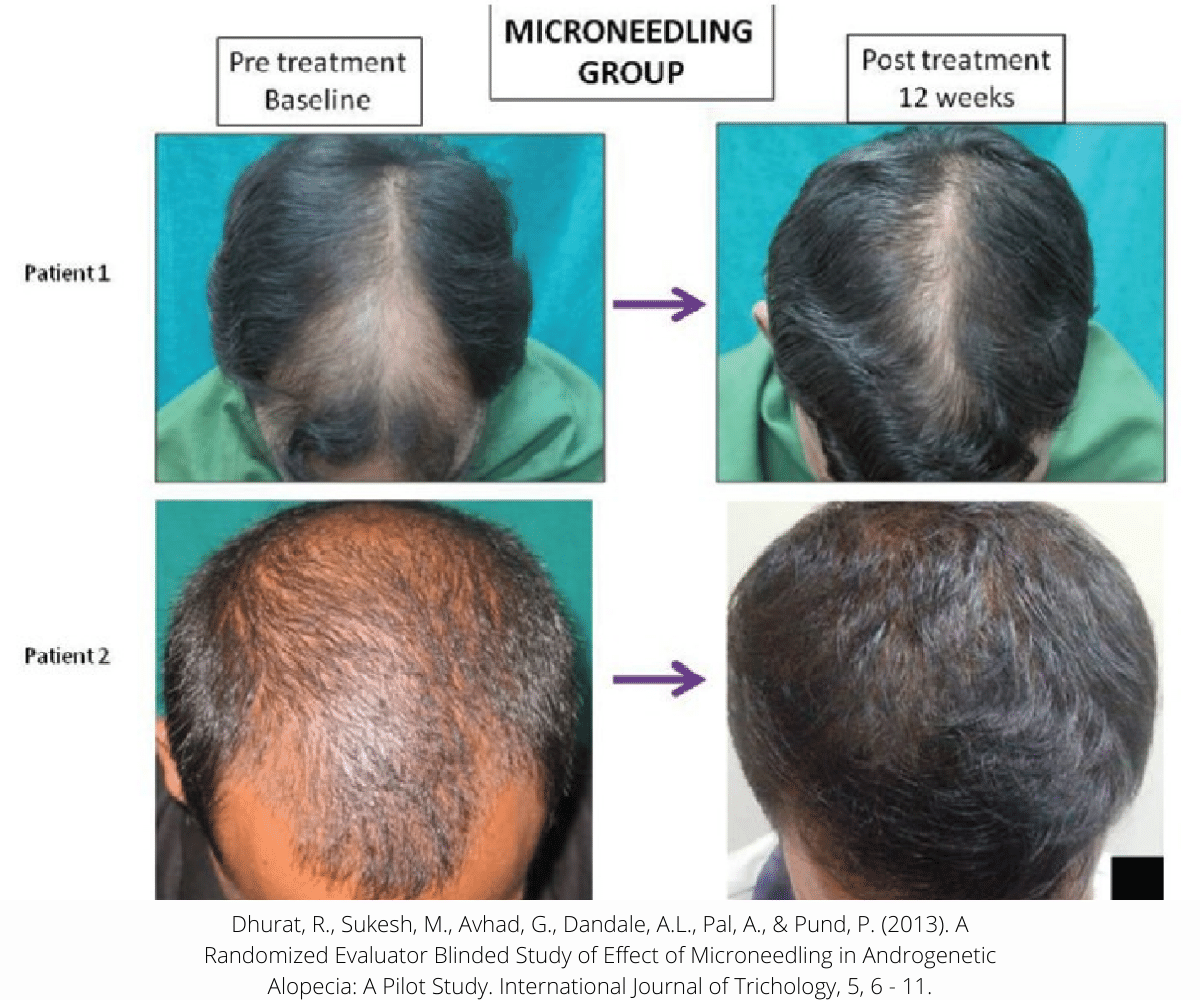 It’s suspected that these improvements are due to microneedling’s ability to:

2 – Improve the absorbability of topicals like minoxidil – since the wounding allows for easier access to hair follicles and their blood supply, and 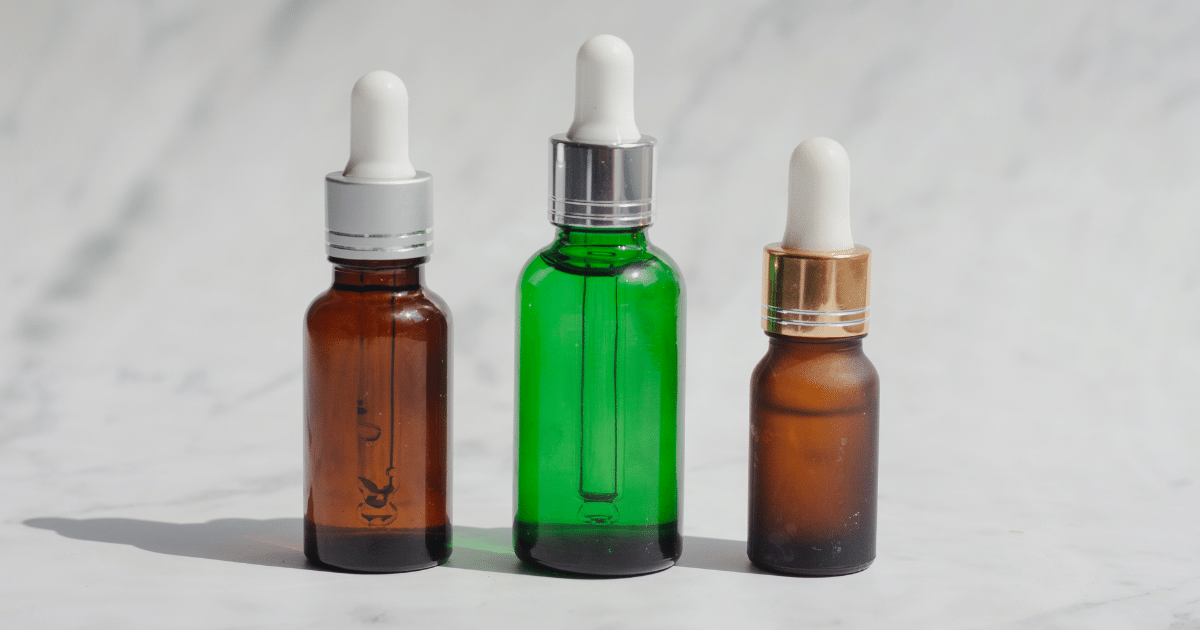 Studies show that minoxidil non-responders see better hair growth after switching to 10% or 15% minoxidil. One such study was conducted on women with female pattern hair loss who were non-responders to 5% Minoxidil. They were trialed with 15% Minoxidil topically, and 70-80% of them saw a significant response. Participants saw an average of about 13% increase in hair counts.[3]https://clinicaltrials.gov/ct2/show/NCT02486848

So moving from 5% as a non-responder to 15% can really improve results.

Anecdotally, 15% Minoxidil is relatively safe. There’s not a ton of data on it, but when looking at the half-lives of Minoxidil, its transfusion into the system, and how much circulates from topical application, it doesn’t seem like there’s a massive uptake in the systemic volume of Minoxidil from going from 5% to 15%, at least from a biological perspective. 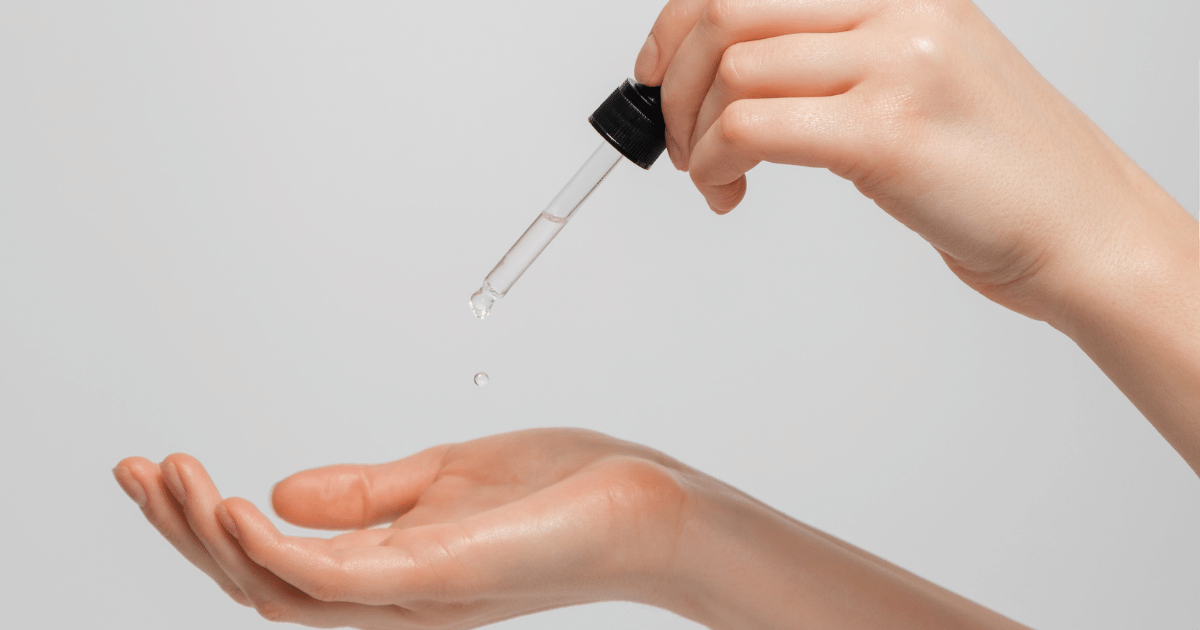 Topical minoxidil is delivered as a “pro-drug” – meaning that it is not technically active when it touches the scalp skin. Rather, minoxidil has to come into contact with an enzyme called sulfotransferase.

Unfortunately, many men and women don’t have enough sulfotransferase activity in the skin to elicit a major hair change with minoxidil alone. Fortunately, adding in topical retinol / retinoic acid can increase the activation of sulfotransferase, and thereby minoxidil – potentiating even bigger hair gains.

Just a few short years ago, hair loss sufferers had to ask their doctor to write a prescription for Vitamin A derivatives. There are brands online that sell combination formulas – like Happy Head, Adegen®, and MinoxidilMax. No doctor visit is required.

These companies sell products, but are these companies actually legitimate? Do their products actually contain the advertised ingredients? How do these formulas stand up to our rigorous lab tests? Join the Perfect Hair Health Membership Program to find out.

For high-responders, there is utility in taking a more multifactorial approach to Minoxidil treatment, where microneedling, high-concentration Minoxidil, and retinoic acid are combined to accelerate hair growth.