Methylsulfonylmethane (MSM) has therapeutic benefits for those with metabolic issues, autoimmune disorders, environmental toxicities, and more. In recent years, it has gained popularity as a hair loss supplement. But little is known about its effects on human hair. There is no doubt that MSM can strengthen hair; however, that doesn’t necessarily mean it helps combat the miniaturization process of androgenic alopecia. This article investigates the research to support the use of MSM as a hair growth aid. Is the evidence strong enough to justify claims circulating online? The answers can be found below. 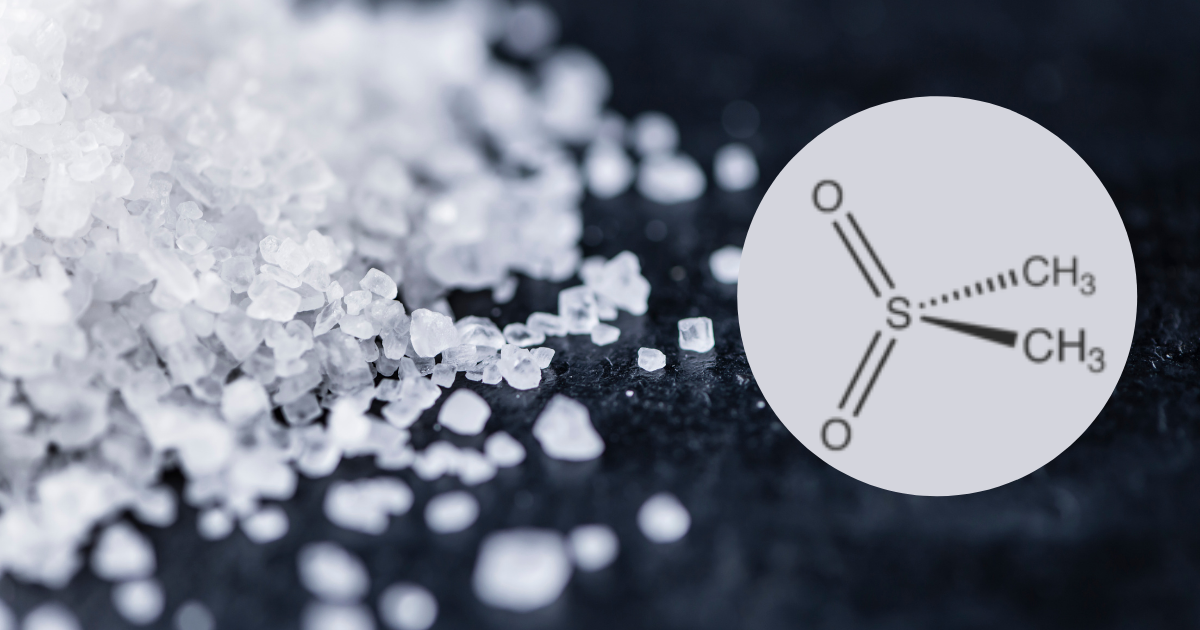 Methylsulfonylmethane (MSM), is one of the most popular and well-researched sulfur-based supplements. MSM is often marketed as a hair growth aid – especially due to the popularity of other sulfur-based amino acids like L-cysteine. But is there clinical evidence to support this claim? 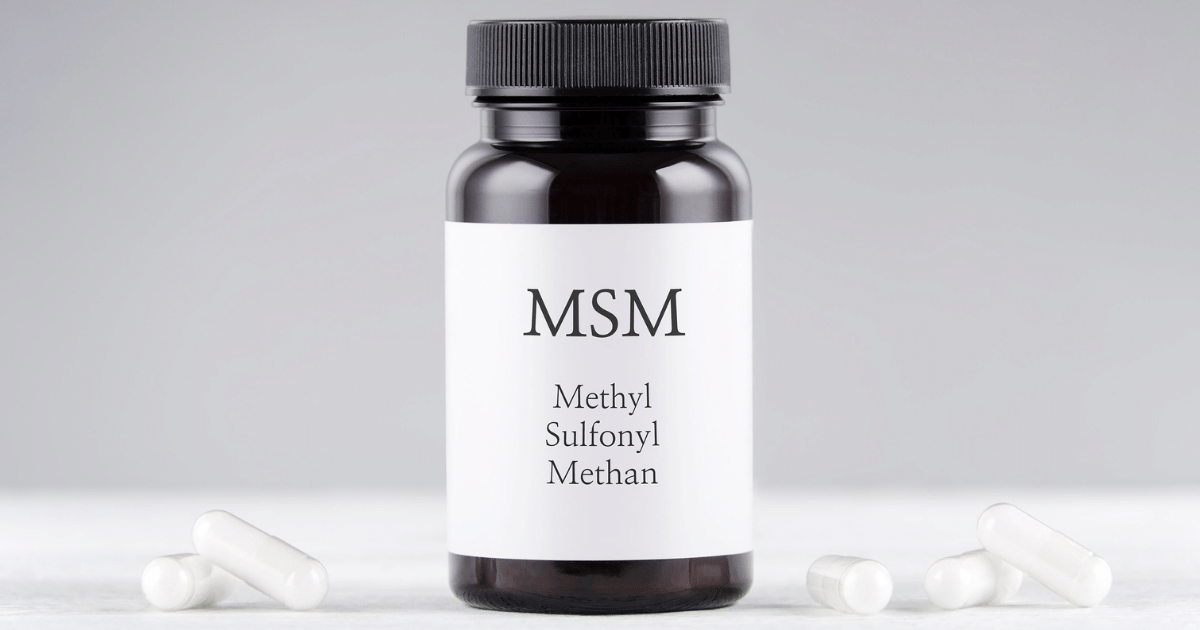 While MSM does show therapeutic benefits for those with metabolic issues, low-sulfur diets, or environmental toxicities, less is known about its effects directly on human hair follicles. This article explores how MSM works, if there is research to support its use as a hair loss supplement, and if that evidence is either strong or weak.

MSM is a combination of two compounds joined as one; methane and sulfate. Methane is a gaseous compound and sulfate is one of the key compounds within the human body that make up a majority of the matrix holding together endothelial cells. 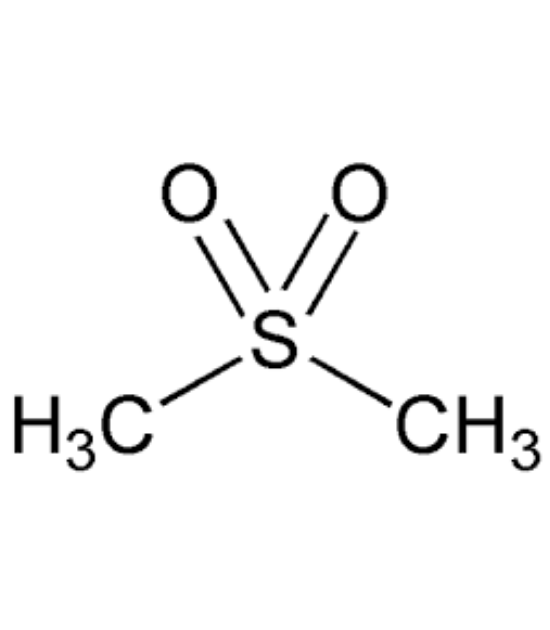 How is MSM related to health overall?

MSM was popularized as a health supplement after studies found that it might provide aid as a detoxifying compound and that MSM provides sulfate for the body to utilize for building proteins, collagen, bone, and other important tissues.

In fact, those familiar with minoxidil might be aware of one of the sulfur-based detoxification pathways inside the human body; the sulfotransferase enzymes.[1]https://www.ncbi.nlm.nih.gov/pmc/articles/PMC6699852/

These enzymes utilize sulfur and sulfate as a key to converting active compounds into inactive compounds, ready to be excreted. MSM can help to provide sulfate for this very purpose.

In general, MSM is a non-polar compound. It’s small enough that it is able to cross directly through cells, the brain, and even the nucleus, thereby altering DNA expression and reducing oxidative stress. This may promote broad anti-inflammatory effects that potentiate benefits for a variety of disease states and hair loss disorders – provided that the clinical evidence aligns with the suspected mechanisms (more on this soon).[2]https://www.ncbi.nlm.nih.gov/pmc/articles/PMC5372953/

Some of the pathways and enzymes by which MSM affects may also play a role in the hair loss process. These include, but are not limited to:

MSM has also been shown to modulate key biochemical pathways that overlap with hair loss (specifically, alopecia areata and androgenic alopecia). Examples include the JAK/STAT pathway, which MSM may suppress (as seen in cell culture studies) – thus possibly having an ability to improve hair counts in those with autoimmune forms of hair loss.

Mast cells, which when hyperactivated contribute to the worsening of androgenic alopecia, are directly inhibited by MSM. And because of MSM’s ability to cross through most tissues (and accumulate in those tissues), MSM may provide support directly to the hair follicles.

But again, this all depends on whether in vitro studies are corroborated by in vivo studies (i.e., human trials).

What foods is it commonly found in?

People don’t necessarily need to supplement with MSM to acquire it. In fact, many of the foods consumed in the modern diet contain some amount of MSM.

Fruits, seeds (like coffee beans), vegetables, meat, animal milk, and tea are all sources of MSM. Plant sources of MSM vary widely depending on the content of sulfur in the soil as well.

The following is a list comparing the highest sources of MSM to lowest:

Why do people believe MSM / sulfur helps with hair growth? 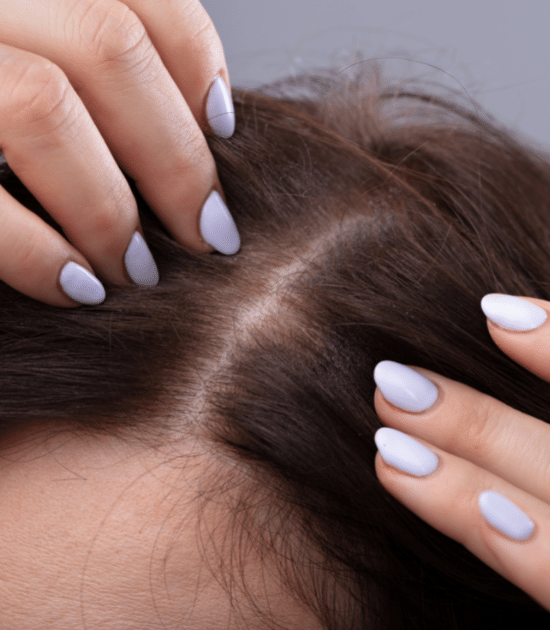 MSM is better known as the “Swiss army knife” of supplements because of its wide-ranging capabilities. For example;

Is there human evidence to support an MSM-hair growth connection?

Almost everything shared (so far) compromises of findings from cell culture and animal studies. Unfortunately, these models have a low translatability to humans with hair loss. For example, there are Perfect Hair health videos covering treatments and solutions touted as cures (or causes) of hair loss – only later to be refuted by clinical evidence (such as PGD2 and fluoride).

So, are there any human studies (i.e. clinical data) suggesting that MSM benefits of human health?

Yes. Here are a few studies worth highlighting.

These findings, although not numerous as compared to the large number of in vitro studies with MSM, do strengthen the mechanisms discussed. This includes the reduction of oxidative stress with MSM, the ability to reach a wide-ranging variety of tissues, and the effects of MSM on inflammatory processes and aging processes.

Similarly, some clinical trials have suggested that with just 3g of MSM daily for a couple of weeks, hair shine, reduction of hair split ends, and general improvements in hair quality can be noticed. Further, a mice study done with MSM solutions showed that with an increasing concentration, MSM could be used as an adjunct ingredient to help get other compounds inside of cells better. Secondly, it may potentiate the effect of other hair growth-promoting agents such as magnesium ascorbyl phosphate.[17]https://www.naturalmedicinejournal.com/journal/2019-11/beneficial-effects-sulfur-containing-supplement-hair-and-nail-condition[18]https://www.researchgate.net/publication/247915887_The_Effect_of_Methylsulfonylmethane_on_Hair_Growth_Promotion_of_Magnesium_Ascorbyl_Phosphate_for_the_Treatment_of_Alopecia

Anecdotes of people who have taken MSM for hair loss have reported the following:

How can this data be interpreted?

While MSM contains a plethora of support when it comes to inflammation, joint health, cardiac health, and immunity, there is a large gap in the current scientific evidence of its use for hair loss conditions like androgenic alopecia. There is no doubt that MSM may help grow hair stronger, potentially due to improvements in keratin production. However, that doesn’t necessarily mean it helps combat the miniaturization process of androgenic alopecia.

Likewise, even though MSM provides great benefits for immunity, it doesn’t necessarily target all of the immunological cascades associated with alopecia areata. Some of its targets can be beneficial in general, but it’s unlikely to combat alopecia areata fully or be considered as a therapeutic.

Based on the evidence …

Should MSM be used as an adjuvant hair loss treatment?

MSM may be a potential adjunct ingredient to include with other hair loss compounds like minoxidil and other topicals. First, it offers tissue wide penetration and can help bring key compounds to difficult-to-reach sites within the body. Second, because it contains sulfate and contributes to sulfotransferase enzyme activity, it may increase the efficacy of minoxidil or other therapies.

MSM may also be counterproductive when doing topical finasteride or dutasteride due to its ability to bring those ingredients to parts of the body like the brain and fat tissue. Combining MSM and cetirizine may improve the anti-histamine effect to help combat androgenic alopecia. It may also promote the synthesis of prostaglandin E2 preferentially, over the less wanted cousin prostaglandin D2.

For those using it, what’s the best dosage/frequency?

MSM appears to work best and is most widely studied as an oral supplement, with the dosing ranging between 1-5g per day. Some studies suggest multiple doses throughout the same day contribute to a better effect but because it can last in the body up to 12 hours, and tends to accumulate within tissues, this is likely not necessary.

Since there is also no associated toxicity after numerous tests, it’s unlikely that MSM would contribute in a negative way to health. In general, there is a tendency to not acquire enough sulfur or sulfur-like compounds within our diets.

Is oral or topical MSM best?

Although oral MSM is the most common method of administration, other studies (such as the original mice study cited at the beginning showing it potentiates magnesium ascorbyl phosphate) have shown that it works equally as a topical. Due to its ability to penetrate cells so effectively, there is likely no difference between oral or topical forms.

If individuals are utilizing hair loss compounds topically, this can prove effective for incorporating MSM into a hair loss routine.